For the last nine months Huntingdale Heights Community Church has been actively pursuing the idea that it should reach out to its neighbours. On Monday night the short-term missions sub-committee taskforce formally approved its first short-term missions team to do just that. 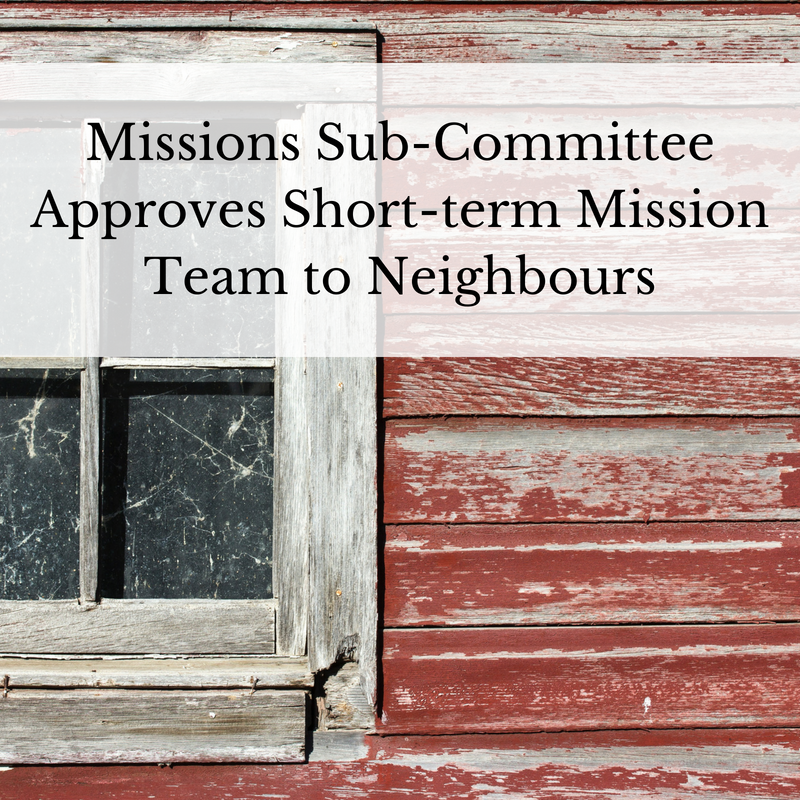 Over the past three years Pastor Jeff Hines has been preaching through the book of Acts, and this has inspired a small group of eight people to consider reaching out to their local community.

One of those inspired members, Mary Michaels, brought the idea of a neighbourhood short-term mission team to the missions committee. She said, “Knowing missions is in the Bible I thought we could try something small by sending a group from our church to connect with the neighbours in our street. I’ve seen other churches go overseas and to different cities around the country but it seems obvious that we should reach out to those around us.”

After a period of visioning a sub-committee taskforce was formed to think through the process of formulating such a team and decide what they would do. David Jenkins, one of the key members of this sub-committee taskforce said, “For the last six months the committee has really narrowed down on how to best develop this trip and the team going. We have seen what other churches do and feel we could do something similar in our community, even in our street. We’d really like some of our members to connect with our neighbours, and are willing to partner with them in prayer and finances as they head off on this adventure.” Mr Jenkins explained that the team would undergo a training weekend with workshops on language and culture, team building, and gospel presentation.

The 10-day short-term mission trip is being met with much anticipation by those attending Huntingdale Heights Community Church. Gary Hopper thinks this could really spark the missions activity of the church and would like to see it occur annually going forward. He said, “It’s terrific, really terrific. To have a group of 6-8 people from our church who are willing to commit time and resource to reaching our neighbours is something of a culture shift for our church. We’re so busy these days that it is inspiring to see this small group commit 10-days to meeting our neighbours needs. This team could make such a great impact in such a short time.”

With only a month before the team heads off the last minute planning and preparations are taking place. The church is busy organising next weekend’s trivia night where it is hoping to raise the $1500 per person it needs for the trip. And some of the members of the team are buying all the essentials they need, including some new branded clothes that will allow them to fit in well with those they meet.

Of course, this trip wouldn’t have gone ahead had it not been for God working in the lives of the congregation. Josh Arden is one young adult member who has felt called by God to go on this missions trip. He explained his reasoning for doing so this way, “Listening to Pastor Jeff teach through Acts has shown me how important missions really is. I am nervous and excited about how God might change me and grow me through this trip. I look forward to meeting the neighbours of the church during this time, and hopefully helping them in various projects they need doing. I’ve been mowing the lawn for my parents for the last couple of years, I wonder if some of our neighbours would be be willing for me to do the same for them?”

Upon exiting the church building it was noted that the church’s storage room was beginning to fill with half-filled paint tins; donated by caring church members for the painting of some of the neighbours fences.

I submitted this satirical post to The Babylon Bee. It wasn’t accepted. I thought it worth publishing here. I hope you enjoyed it as much as enjoyed writing it.