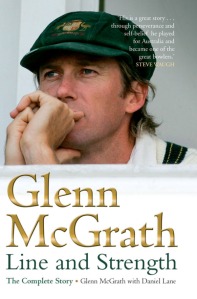 So by now you should be a week into your New Year’s resolution of reading the bible this year. Well, if you’re a Christian of some description anyway.

How’s it going? Have you managed to work your way through the chapters you planned to? Did you choose one of those plans that makes you jump between different books of the Bible? Perhaps reading some Old Testament chapters, some New Testament and then a Psalm. Or, maybe you’re working through the Old Testament and so you’d be stuck in the middle of Genesis or thereabouts right now.

Every year for the last seven or eight years I reckon I’ve attempted to read the whole Bible through. I’ve managed it twice in that time. It was probably the first couple of years too where I completed the goal.

One year I was silly enough to choose a plan that required reading 10 chapters per day and took you to almost every part of the bible. Yeah, I managed about two weeks and gave up. It was like reading a short novel every single day. I like reading, but perhaps not that much.

The thing with bible reading plans is that at the start of the year it starts off well but then you realise you’ve got to work your way through Chronicles and 150 Psalms and some prophets, which can be depressing at times. Sometimes it’s the same story over and over again, sometimes it’s just the same genre of writing that can get a bit tiresome.

Don’t get me wrong, I think bible reading plans are good. I think that having a plan or a goal in your bible reading is important. And, if you don’t, what’s that saying about how seriously you’re taking your faith and wanting to hear from God? Hmmm, one to ponder there I think.

So while I hold them up as good there does need to be a sense of reality about what type of plan you’re going to do. At the start of the year we tend to think we can achieve more than perhaps is possible. What’s important in any reading plan, whether it’s the bible or other books, is to break it down into consistent chunks that are achievable. Like with anything – fitness training, writing, art – it requires discipline.

This is where I’ve come up with the very basic idea of The Glenn McGrath Bible Reading Plan.

If you at least follow a little cricket I would hope you know who Glenn McGrath is. If you don’t, shame on you. Glenn McGrath is the great Australian fast bowler who holds the record of most wickets by a fast bowler for Australia, possibly even the world. Throughout his career McGrath bowled line and length. That is, he bowled the ball just short of a good length and in line with the off-stump or just outside. He aimed for the same spot each delivery and made it very difficult for the batsmen. By doing this he was disciplined in not wavering from his plan, he was consistent in his pace and placement of the ball on the pitch, and it just got people out. It was terrific fast bowling, could be considered pretty boring too, but it worked.

And this is the thing with The Glenn McGrath Bible Reading Plan.

The key is consistency, the same process every day.

The bible has 1189 chapters. The year has 365 days. That means 3.25 chapters per day will have you finishing the book of Revelation on New Year’s Eve. You will have read the whole bible through in a year. 3.25 chapters isn’t much is it? That’s like 15 minutes max. Maybe more for the day you’re reading Psalm 119, but I digress.

It’s actually not much per day when you put it in those terms. It’s achievable and even more so when you’ve got your phone and you’re on your way to work or you wake up and it’s right next to you.

This year I’ve planned to read four chapters per day and am simply ticking off what I’ve done. I’ve started at Matthew because most years I’ve started at Genesis and it’s gotten tiring. To make it a habit I’d rather read from Matthew first. If I continue to go with four chapters per day I’ll have finished the bible by September or October I think. After January I could pull it back to three chapters per day and we’d be right for the rest of the year. I’ll make that call later. The important thing is that it’s happening and beginning to become a habit.

How about you? Have you started a plan this year? How’s it going?