As I was walking out the door to go on holiday I randomly threw the biography of George Whitefield by Arnold Dallimore in my bag. It is an extensive biography, a two-volume set, that sets out the life and times of the great preacher.

Having finished the first volume I find myself reflecting on his life and ministry. Biographies teach us a great deal, not only about an individuals life, but also about their value system, worldview, and passions. 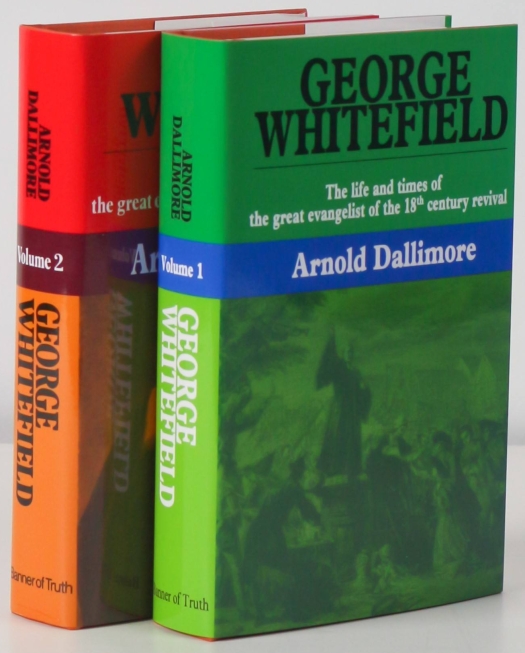 In thinking about Whitefield, I found five areas of his life that struck me as being central to the way he lived.

First, he was a man passionate about Jesus and only Jesus.

From his teenage years, but more so after his conversion, Whitefield was consumed with proclaiming and showing Jesus in everything he did.

While at university in Oxford he was a member of what was known as the ‘Holy Club’, and made a conscious effort to always be upright in everything he did. As he grew in grace and a fuller understanding of the gospel he pursued a passion for God’s glory and supremacy over all things.

Second, he was a man committed to preaching.

Everywhere he went, from the age of 17 onward, he preached consistently.

In certain seasons of his life Whitefield would would preach up to 15 times, or 50-60 hours, per week! His ability and gift in preaching was beyond the average person, but this still doesn’t negate the fact that he was always wanting to share the truth of the gospel everywhere he went.

Whether he was in America or in Britain, Whitefield couldn’t help but preach and try to win souls for the Lord.

Third, he was a man who instigated change.

His preaching practices were unorthodox for his time.

He pushed the limits and received rejection for it. His actions of moving away from the church pulpit and begin preaching in the open air changed the face of his preaching ministry. When not allowed to preach in the local church, due to a decree from the local bishop or minister, he would simply began preaching outside–in the fields and parks of the city.

Fourth, he was a man who had the courage to persevere in his ministry despite ridicule and rejection.

Fellow ministers, clergy, and other lay people developed a great dislike for Whitefield. Hundreds, if not thousands, of articles, journals, letters, and books were written against him and his beliefs. Throughout he continued to trust the Lord and pursue his ministry for the betterment of the Kingdom.

While hurt by many of his detractors, Whitefield had the courage to stand and proclaim the gospel.

Fifth, he was a man who sought unity rather than separation.

At all times, particularly in his relationship with John Wesley, Whitefield sought to find common ground first rather than polarise people because of their belief or practice.

In the end Whitefield had to separate from some relationships, but not after he had pursued unity, support, and friendship under the gospel. He was concerned for Christian unity while pursuing his single-minded goal of preaching the gospel.

Whitefield’s biography, and some of his writings, have come at a perfect time. Dallimore portrays his life wonderfully well, exposing the godliness and character of the man.

I would highly recommend reading this book, and even dipping into Whitefield’s other writings here and there.

It will do wonders for your soul.