In an effort to be more inclusive of children in their services Pleasantville Baptist Church has encouraged those under the age of 12 to bring their own instruments to church for the opening bracket of songs.

For three weekends in a row the services at PBC have included a time for inviting children to the front with their instruments. In preparation for the change to the Sunday service the PBC Worship And Musical Praise Singing Committee (otherwise known as WAMPS for short) decided to provide instruments for those who need them. Thinking particularly of visitors, or children who don’t have their own instrument, WAMPS provides a surprisingly large wicker basket full of maracas, shaker eggs, castanets, handle bells, tambourines, jingle sticks, and, for one lucky child, a kazoo. 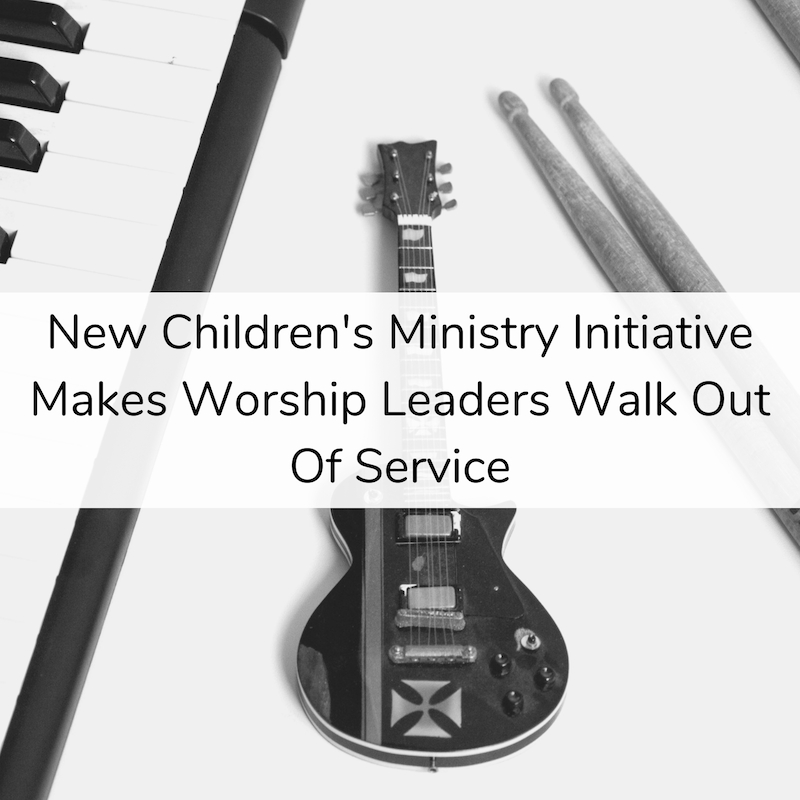 Those attending on Sundays have taken this idea to heart. Each week families make sure their children now take their favourite musical instrument to church, alongside the few coins they contribute to the offering. Dale Lewis, father of three boys aged 9, 7 and 4, says it has really encouraged his children in their worship of God. He said, “After this initiative was introduced our boys have really enjoyed bringing their recorders and joining in with the music team.”

Part-time Children’s Director, Kimberly Hutchinson, is particularly pleased with this initiative. She’s been suggesting this idea to the WAMPS committee for the last four and a half years, finally getting them to agree to it after the positive response during their Christmas service.

However, in dramatic scenes this past Sunday, worship leaders Ella McKenzie and Cory Smith couldn’t cope. Not having led worship at PBC for a couple of months they were surprised to see so many children in front of them with their random assortment of instruments. During the seventh repeat of the chorus to one of the church’s favourite songs, ‘Shout To The Lord’, both McKenzie and Smith had had enough. They stopped singing, put down their instruments, and told the congregation they “…couldn’t continue to lead worship with the racket being made in front of them.”

The congregation were left confused as to what was happening up the front. Unfortunately, no one heard what McKenzie and Smith said because the children kept worshipping with their own instruments; drowning out any possible sound from the late-1980s microphones still waiting to be upgraded.

In a meeting with the Senior Pastor during the week both McKenzie and Smith explained their decision to walk out.

“We walked out because all these other instruments meant we couldn’t feel the Holy Spirit. At our six-hour practice during the week we agreed that the four songs we’d chosen would take the congregation on a journey of reflection and into the moment. We didn’t feel this could be achieved with the out-of-tune kazoo being blown on 1 and 3. Don’t get us wrong, we think it would be lovely for the children to be involved somehow, but perhaps that could be clapping their hands as they stand next to their parents.”

As we write, the emergency WAMP meeting is now entering its fourth hour. Sources are suggesting that a literal understanding of Psalm 150 may be turning the tide in the children’s ministry favour.

Other satire pieces, where I attempt to amuse myself, can also be found at the following: