For those of us who take a glimmer of interest in Australian cricket, this week has been a memorable one. The Australian cricket team, so often a symbol of our nation, has begun the five-match series against our arch-rivals, England, competing for the holy grail­–The Ashes.

And there is something about test match cricket that enables allusion to the Christian faith. The hope our nation puts into the team’s success, the perseverance required for a five-day match, and the ebb and flow, the highs and lows, of what takes place out on the field. Each of these things are aspects of what it is to be a disciple of Jesus–hope and endurance, joy and suffering. 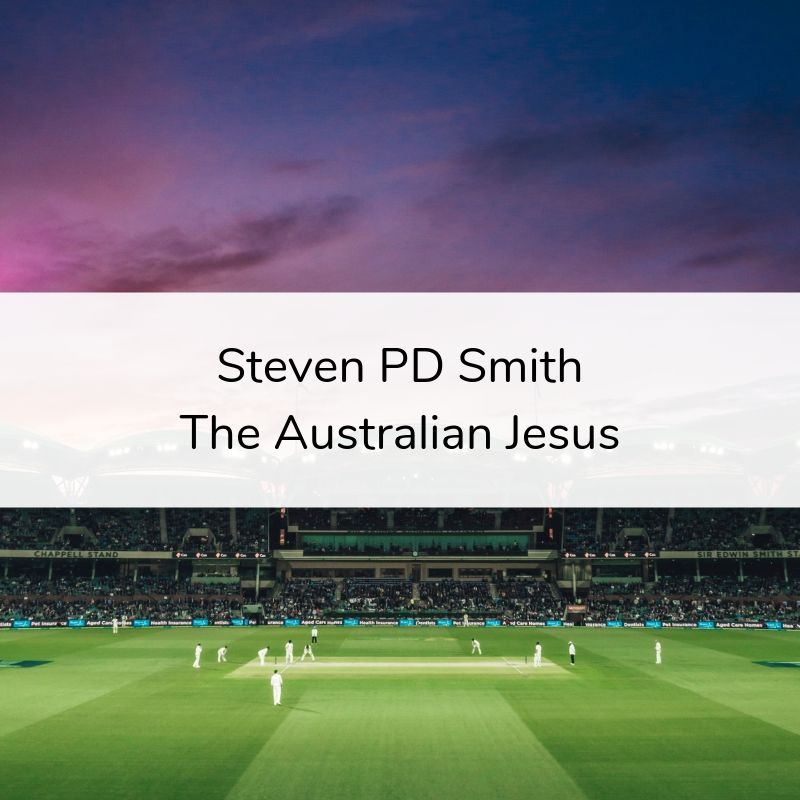 But in this past week we have seen the return of king, the resurrection of the spiritual leader of the team, the one in whom our nation trusts.

For a number of years, cricket fans especially, have been in awe of the ability of Steven PD Smith as a batsman. He has led time and time again as a player and as a captain.

But some 18 months ago it all came crashing down. Like Good Friday for us believers, something seemingly bad occurred. Under Smith’s leadership there was cheating, #sandpapergate as it became known, and caused uproar for the Australian public that ricocheted around the cricket world. Down came the leader, whipped and beaten by the relentless pressure, by stupid decisions, and soon enough expelled from the captaincy and the team. Australian cricket’s Good Friday event unfolded, leaving the team, the disciples, in a confused and disappointed mess.

And so, for a year and a half Australian test cricket has been trying to deal with its Easter Saturday. A day of awkwardness, a day of wondering. It is a day with a certain uneasiness about what has just happened and deliberating what’s going to take place going forward. Here we sit, trying to comprehend the awful nature of what has occurred and seeking strategies to cope in order to move forward. Where has the hope gone? What has happened to our saviour? Do we continue on in the same fashion or do we scatter?

But this week we have seen the one who restores and rescues us as Australian cricket fans.

Through two magnificent innings of 140-odd runs we witnessed the resurrection. Our redeemer has returned and all will be forgiven.

Easter Sunday has arrived, and we couldn’t help but be pulled into the hope and joy that comes from such a performance. Whether listening on the radio or watching on TV, we became drawn into the unfolding drama. In the Bible we read of how the disciples were initially shocked to hear that Jesus had risen, and so they ran to the tomb themselves into order to believe. We too became a nation who had to see for ourselves such greatness and glory.

For now, hope has been restored. The joy of watching cricket has returned. The disciples have been re-ignited for the mission. And so we wait, we watch, we have faith and want to follow the king.

When all thought was lost, we see what has been found. We have hope and look to the saviour, seeking sporting salvation. As the coming weeks progress we as a cricketing nation once again put our hope in the Australian Jesus, Steven PD Smith.