I’m not even a fanboy but it seems I have found myself reading everything Mark Sayers has written. OK, not ‘Vertical Self’, but ssshhhhh. Anyway, his books make me think and for that reason alone I find them useful. 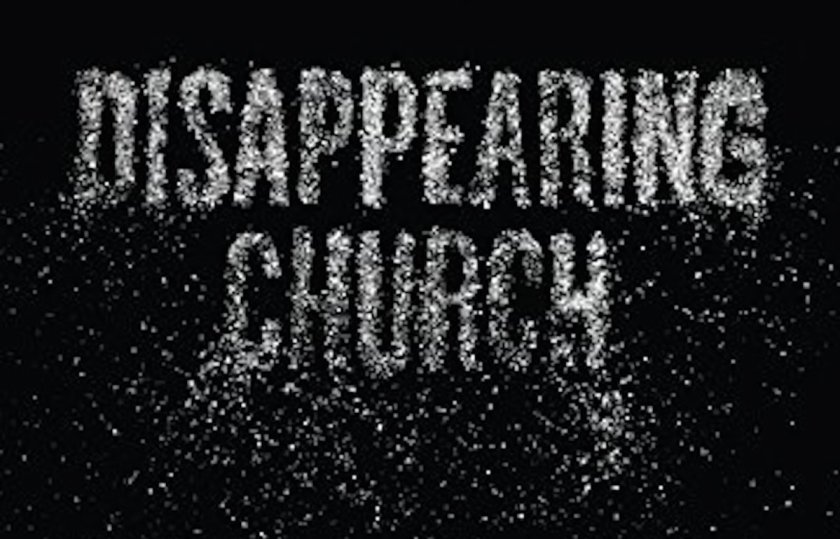 Over a month ago I finished reading his book, ‘Disappearing Church’. And perhaps it’s because he writes as someone living in the Eastern suburbs of Melbourne, or because I need a simplified version of various cultural and philosophical ideas, I find myself wrestling with his ideas. My understanding of what Sayers says in this book is that the church needs to be less concerned about being culturally relevant, and build greater resilience and understanding in the Gospel and who it (the church) is. This is in order for believers to be able to live as a minority in today’s secular world, being and producing resilient lifelong disciples of Jesus.

Early on Sayers states his aim for the book,

“This book will argue that we cannot solely rely on the contemporary, Western church’s favoured strategy of cultural relevance, in which Christianity and the church is made “relevant” to secular Western culture. Instead we need to rediscover gospel resilience. To walk the countercultural narrow path in which we die to self and re-throne God in our lives as the supreme authority…Living with gospel resilience in the corrosive soil of Western culture requires a posture of living as a creative minority. Throughout history God has replenished cultures, through the witness of minorities of believers who hold true to their beliefs while blessing the surrounding culture. It is to this position we must return.” (Mark Sayers, Disappearing Church, 12)

The book is broken into two parts.

The first is similar to his other books where he examines culture. In Disappearing Church Sayers focusses on dissecting what a post-Christian culture looks like. He makes the case for how Gnosticism and the self has become central to Western thinking. He also writes at length about how the church of the past few decades has been seeking to stay relevant to culture. This effort has resulted in the poor effort of liberalism, millennials leaving the church in droves, and sustained modern criticism of the Christian worldview in society.

In part two Sayers pivots to show what a resilient faith looks like. This resilience is rooted in a deep faith centred in the Word and prayer. A fair amount of time is spent on acknowledging that we live in such an individualistic society and self-centred world that what Jesus calls for is in direct opposition to this. The aspects of grace given to believers, and the call of God to deny yourself in love and sacrificing for others are two examples of a counter-culture faith. This leads to an understanding that God is not a bit player in life, but the centre of it all. To follow Jesus means He is made central to every aspect of life. He becomes the heartbeat of life and makes life relevant to us. Therefore, in acknowledging the grace of God we are to subordinate ourselves under his Lordship. Essentially the biblical call of following and obeying. As he writes,

“To be shaped by grace in a culture of self, the most countercultural act one can commit in the third culture is to break its only taboo: too commit self-disobedience. To acknowledge that authority does not lie with us, that we ultimately have no autonomy. To admit that we are broken, that we are rebellious against God and His rule. To admit that Christ is ruler. To abandon our rule and to collapse into His arms of grace. To dig deep roots into His love. We don’t just need resilience; we need gospel resilience.” (Mark Sayers, Disappearing Church, 76)

This is an excellent book and I don’t think I can do it justice in 700 words. I appreciated the ideas, of which there are plenty. Of all of Sayer’s books I have found this most helpful. I believe he helps the church navigate a post-Christian culture and live as deeply rooted, faithful, followers of Jesus. In essence, he is calling people back to the historical faith, to be diligent and disciplined in seeking after God through the Word and prayer. Jesus is to be relevant in private and in public, the centre of individual faith and their church communities.

I would highly recommend the read.